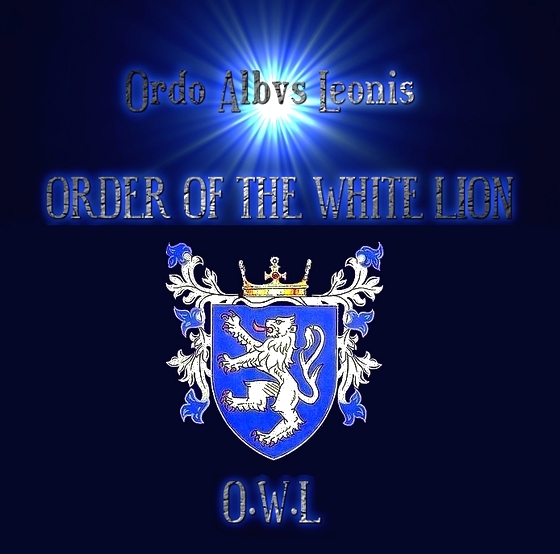 The Lion Path is essentially a way to evolve beyond our relatively limited molecular bodies and states of consciousness.

Just as the larval caterpillar goes through the metamorphic process by which it transmutes into its final form, the butterfly ...  so the Lion Path can transform our larval-like powers into those of much greater capability.

These powers were once known as 'pleromic powers' ... the old Gnostic term for something that has been developed to its full and Divine Potential. 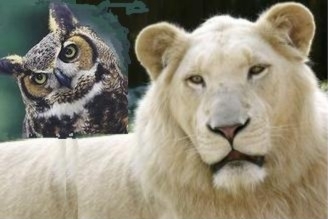 The Order of the White Lion

... is an organization specifically designed to bring back meaning to Life, and to again make accessible, an extraordinary Mystical Tradition that lies lost and forgotten in the Mists of Tyme ...

The Lion Path, a system created Aeons ago, is capable of bringing to humanity the total experience of MultiDimensional Reality.   It is an Ancient Tradition of immense power and is most efficacious in its immediacy and directness ....

This Tradition is of the utmost importance at this Tyme ... more than we can possibly imagine, because it contains inside itself 'The Ultimate Secret' ... The Original Meaning and Sacred Purpose of the World in which we live ...

There are Vast Realms of existence beyond our present human social awareness on earth ... a reality of higher-than-human communities already existing in Higher Dimensional Worlds. These Beings are of a more highly developed and advanced evolutionary level than our own, and are endowed with capabilities vastly surpassing ours ...

The Worlds they inhabit are based upon a Symbiotic rather than a predatory ecology ... on a completely different basis and of a far more advanced type of nature than currently exists here on Earth ... a Nature lifted up out of the agonizing trap of predation.

The great question animating all the life forms in a Symbiotic Ecology is not merely the banal struggle for survival, but how to best express Love and Wisdom in Action ...

These are the qualities of Heart, Head and Hand, all acting in Harmony ...

The LionPath is a mystical map and a living road from here to there, which provides the answer to this vital question.

It is a Journey to a fully Transformed and Restored Environment and a vibrantly viable Ecological Community surpassing the farthest reaches of our present senses and imagination ...

All on Earth who have made a lasting connection with the energies of the LionPath have a living map within themselves ...

... One that bestows a Vital ongoing Connection with every type of World within our Cosmos, and which is accessible within the deepest reaches of the superconscious mind ... 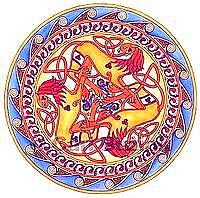 The Shift to the New Reality has been gaining momentum for many years. We have entered a phase of The Shift which is now bringing rapid transformation to our world. This Shift or Quickening is the mass awakening of humanity’s Heart. This transformation of consciousness, the greatest one ever recorded, first became apparent in the mid-1960s and has been building momentum ever since. In physics, transformation emerges from within chaos. The existence of chaos is not an option, it's just the way the universe works.

The global chaos that we are experiencing is, according to physics, normal. From mankind's point of view, to put it in everyday parlance, this is not a good thing. The effects can range from mild discomfort to extreme trauma. The good news is that the energy of transformation can express itself at many levels. The energy has to go somewhere, so if the energy of transformation fails to find expression at a higher frequency level, it will spiral downwards until it does find an outlet for its expression ... ... But it can be absorbed and used at the spiritual level, diverting any need for physical upheaval. The energy of transformation can be channeled into a spiritual focus, into emotional release or it can be allowed to manifest in the only remaining field of popular action, the physical world. There it will erupt through emotion-driven, physical phenomena - volcanic eruption, earthquakes and violent storms, for example. All of these 'natural' disasters are driven by the chaotic emotional energy of humanity. All of them can be healed and prevented when people channel enough spiritual energy to soothe the transition. This alone would be enough to make a big difference in the world today ... ... However, by adding a third component to the technique, it becomes enormously powerful and effective. Powerful acts of creation all have three essential components
- intent, feeling and motion. Those are the only three tools which Infinite Being used to create the universe and everything within it. That's how powerful those three components are, when used together in equal balance. So far you have set the first component, (1) Your intention - World Peace and Enlightenment. You have also set the second component, (2) A Love-inspired environment - Gratitude for the universe
and everything in your life. Now, it's time for the third component, (3) Action. It is time to move that energy, in large
quantities, into the global mind atmosphere surrounding the
Earth.

The Infinite Being Heal the World Technique

Make it a habit, a part of your morning routine ...

End your meditation session by spending time in Gratitude for
Life, Nature and the Infinite Being from which you
materialized. Let a sense of Gratitude for everything in
your life fill your Heart.

At the same time, see white blue/light from the Earth entering the
base of your spine and traveling up the spine, then forward,
to merge with the cosmic energy in the heart chakra.

The energies of the Cosmos and the Earth will fuse together
and cause an energetic reaction at the frequency of the Heart
chakra.

This Fusion forms a ball of energetic blue/white light in the Heart Chakra.

With every out-breath, send the power of this energetic
reaction out to the world. Direct it as a beam of white light
from your heart chakra, out into the world.

Continue this in-breath, out-breath cycle for at least five
minutes each morning and you will not only help heal the
world, you will change your entire day for the better.

The universe reflects who you are.

When you practice healing
the world, by automatic reflection, you heal who you are. Any
and all issues which have been challenging for you will move
closer towards resolution as you help the world in this way.

There is no better way start your day than to help to heal the
world in these critical days of Transformation ....
It is one of those things that brightens your day and makes you feel good to be alive ... 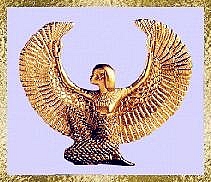 Dedicated to Global Enlightenment for the Benefit of All Beings


FAIR USE NOTICE
This site may contain some copyrighted material which has not been specifically authorized by the copyright owner. We are making such material available in our efforts to advance understanding of environmental, political, human rights, economic, democracy, scientific, and social justice issues. This constitutes a 'fair use' of any such copyrighted material as provided for in section 107 of the US Copyright Law, in accordance with Title 17 U.S.C. Section 107. The material on this site is distributed without profit to those who have expressed a prior interest in receiving the included information for research and educational purposes.

The owners and publishers of these pages wish to state that the material presented here that is the product of our research and experimentation in Superluminal Communication is offered with the caveat that the reader ought always to research on their own. We invite the reader to share in our Seeking of Truth by reading with an Open, but skeptical mind. We do not encourage 'devotee-ism' nor 'True Belief'. We DO encourage the Seeking of Knowledge and Awareness in all fields of endeavor as the best way to be able to discern lies from truth. We constantly seek to validate and/or refine what we understand to be either possible or probable or both. We do this in the sincere hope that all of mankind will benefit, if not now, then at some point in one of our probable futures.

If you wish to use copyrighted material from this site for purposes of your own that go beyond 'fair use', you must obtain permission from the copyright owner